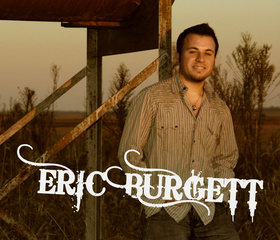 Independent Country artist Eric Burgett, hails from Latham, Illinois, a small town in the central part of Illinois. Eric was raised on the family farm, where he began making music since he was 5 years old. He often plays solo gigs with just he and his piano, but also enjoys "Jamming" with his college buddies, who comprise his band. Eric released his debut EP last in October 2010 which includes 6 of his original songs. Eric has opened up for legend David Allen Coe and most recently, Rodney Atkins at the 2011 Farm Progress Show. For more information, visit www.ericburgett.com or www.myspace.com/ericburgett.

Climbing the Country Ladder by Herald-and-Review
Eric has been playing piano since he was 4 years old," Connie Burgett said. "My son Elliott and daughter, Tara, took piano lessons, too, but didn't stick with it like Eric has. He likes to do his...
p
A
n
E
F
Song Title by Artist Name