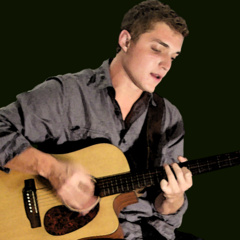 Eric Hill's fusion of "singer/songwriter pop and 'jam band' rock" remarkably displays a wide, transparent array of influences, and does so with both finesse and imagination. His debut EP, "Few and Far Between," is now available through iTunes, Rhapsody and all other major digital music retailers.

Eric Hill to release debut "Few and Far Between" by Andrea Jones
With a velvety smooth voice and song lyrics so uplifting they could make a thousand pound anvil float as if it were made of pure helium, Eric Hill’s debut album, Few and Far Between is set to be...
Introducing Eric Hill by Raelynn Garcia
Take your typical Memphis music and think about how it sounds. Now, wipe all those thoughts away, get a clear mind, and get ready to listen to the sounds of Eric Hill. His music is the kind of art...