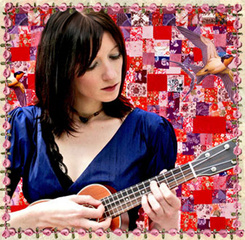 to catch a star or a rainbow is impossible.. i keep trying to tell you, but you keep trying.. i write these songs about you. your shadow is twice as dark and twice as deep as it should be, i dont tell you this because i try not to notice.. but i find myself writing about it. the every day of insects, lightning, nearly drowning in the sea and finding things you didnt know you lost or didnt know your needed but when found, you cant imagine living without, are also fascinating to me.

Show Hopping @ Pop Mtl: A Retrospective by Midnight Poutine
Erin Lang makes music you can bring home to your parents at Thanksgiving. Her songs are a soothing mix of downtempo beats, sparse guitar, and winding synth lines (provided by Roger O'Donnell,...
Photos: Pop Montreal [Montreal, Quebec; 10/03-10/0 by Pitchfork
Like a little cousin to SXSW or CMJ, Pop Montréal also takes care to showcase promising newcomers, among them Puerto Rico's Balún, Venezuela's Todosantos, and Canada's own Ohbijou, DD/MM/YYYY,...
NxNE 2008 III by Chromewaves
It was then back to the Savannah Room for Toronto ex-pat Erin Lang, now based in London, England. Utilizing a range of instruments from ukulele to electric guitar to accordion to accompany her...
p
A
n
E
F
Song Title by Artist Name