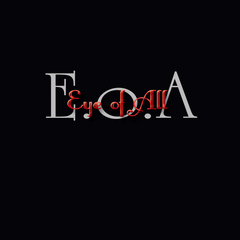 Their ability to write and compose music together has not only been the spark that has ignited their fire but also their friendship to each other has helped them continue as a band that is on a mission. Eye of All has become one of the most talked about bands in their area Eye of All prides itself on hard work, dedication and the ability to take control of their own destiny and they all live with a “Never Take no for an answer” attitude. Every time they take the stage they continue to give powerful performances at every show and have been drawing in dedicated fans from all over.

Eye of All on One Warrior Nation Radio by DJ DMM and DJ J.Man
The DJ's from O.W.N come to Eye of All's studio for an interview
In your face music by City Paper
This is in your face music, it’s refreshing to hear a band that has stuck to it’s roots and not conformed to the pop / rock fad.
A band that is getting a lot of attention by DJ Yorkie Aiiradio
With Eye of All’s raspy vocalist and screaming guitar’s they are Rock and Roll and they have been getting a lot of attention from listeners here in the U.K.
Eye of All seems to have it all in their hands by Allen Lamb 106.7 The Fan
Eye of All sits down with Allen Lamb of 106.7 and talks music, competition and the future of the band
The post L.A. interview with One Warrior by Live at O.W.N studios in Baltimore, MD
Michael from Eye of All visits the OWN Studio to sit down and talk about the band and their show at the Whisky A Go Go
The Boys of Baltimore Eye of All by Vince Anderson Editor Shockwave Magazine
Eye of All, an group that will surprise you with amazing accuracy and technical wizardry whether is bassist Nick Bernholz's Eddie Van Halen solo done on the bass or Jeff Russell's or O.D.'s guitar,...
What is about to hit you by DJ J.Man One Warrior Nation radio
I've followed this band since their inception in 2007. Back then I knew they had something special. I've never met a group of guys more in sync with each other both on and off stage. This is...
p
A
n
E
F
Song Title by Artist Name