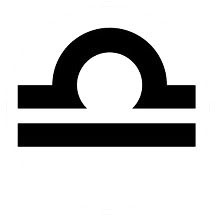 Eyezon, the fiery flame in a mainstream hip-hop industry that has recently forgotten to shed light on real hip-hop, is ready to bring the music back to its roots and show us where hip-hop is heading. Eyezon (Eyes-On), the South-African born, Northern California resident is set to envelop new fans in an album that delves into life, love, loss, and struggle on his debut full-length album A People Like Us. Eyezon gets at our core and reminds us why we fell in love with hip-hop in the first place. Born in Soweto, South Africa during the Apartheid, Eyezon learned firsthand the trials associated with segregation, racism, and poverty. Always a poet, Eyezon used what was going on around him as a muse for his writing and laid the groundwork for his later development into a hip-hop artist. Eyezon's first exposure to hip-hop was through the mix tapes and recorded radio shows that his uncle brought to South Africa. Although Eyezon did not yet know English, he found something intriguing in the music and began to learn the rhythms of the delivery. Hailing from a culture that so far as banned rap music for its political connection to the nation's oppressed, Eyezon was drawn to a music that gave the voiceless a voice. In '95, Eyezon found himself with his father gone and his mother exiled to Germany. Of this experience Eyezon says, “My mother was exiled from South Africa when I was a little child. I didn’t get to meet my mother till years on. I think that forever lives in my music, that struggle I draw from.” With a choice to follow his mother to the foreign culture of Germany or start a new life from scratch in the U.S, Eyezon moved to the U.S. He and his cousins moved in with a family friend and tried their best to acclimate themselves to American culture. Using American hip-hop music as his cultural grounding point, Eyezon clung to the hip-hop songs he learned in South Africa to help him learn the English language and begin to find a poetic voice and identity in his new home. When he met Vision Wailer backstage at a show, Vision told him to "keep his eyes on the prize." Taking these words to heart, Eyezon, previously known by his middle name Lyric, adopted Eyezon (Eyes-On) as his name and hasn't looked back since. Drawing on his personal experiences, A People Like Us confronts the apartheid and racism that were rampant in South Africa as well as common issues of love, loss, abortion, and homelessness. Touching on such a variety of subject matter, the album is relatable with a depth of emotion, vibrancy, and insight that is often pushed to the perimeter on mainstream hip-hop albums. When asked about A People Like Us, Eyezon says the title was a reflection of "the struggles that a common people can relate to." A People Like Us was produced entirely by Charlotte, North Carolina-based producer Sean Lane. Initiated through online communities OkayPlayer.com and Soundclick.com, the bi-coastal duo shared a love of music, and decided to digitally craft A People

by www.rapreviewz.com
Eyezon :: 7 Miles From Earth :: Loud Minority Musicas reviewed by Rowald PruynSome days after hurricane Katrina had devastated New Orleans, Kanye West said on national television: "George Bush...
by www.urb.com
Eyezon :: So Much Moreunsigned artistReviewed by Ben Meredith * * 1 * 2 * 3 * 4 * 5(Click on stars to rate artist)Eyezon is on top of his shit...a rare gem in hip-hop who has the ferocity of black...
p
A
n
E
F
Song Title by Artist Name