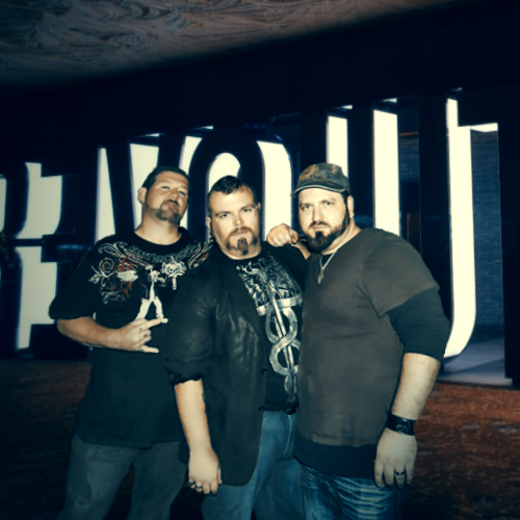 Founded in 2010 by Ryan Frith and Adam B. Lyle of Athens, GA, FADED SAiNTS is a hard rock band whose songs focus on intense, emotive lyrics and high-energy music.

Determined to create a groundbreaking band within the modern hard rock genre, Frith & Lyle began writing songs that reflected their passions, as well as their life experiences. They quickly discovered that their collaborations produced music that had an energy and style unique to themselves, yet reminiscent of their own musical influences. After co-writing and self-producing four songs and receiving positive feedback on their efforts, there was no doubt in their minds that FADED SAiNTS would make a name for themselves.

During the summer of 2011, Frith & Lyle relocated to Panama City in order to recruit other band mates and dedicate their efforts solely to the band. By September of the same year, FADED SAiNTS had recruited Ken Carr as drummer and Jimmy Shelton as bassist. The band is now focused on booking live performances and finishing their first album, which will be completed in 2012. They are releasing singles from the album for sale online at www.reverbnation.com/fadedsaints.

Comment by Elizabeth Eve on Facebook
"you are are freakin' AWESOME!!! i LOVE it!"
Fan Comment by dj'shoo of RisqueRadio.org
"You guys totally rock!!"
Fan Comment by CandyCoatedVixen on Youtube.com
"FADED SAiNTS -- Holy shit! The music scene needs this band d e s p e r a t e l y! These guys will be going platinum baby!"