The Adobe Flash Player is required to watch videos on this page
Print Mr. Council's EPK 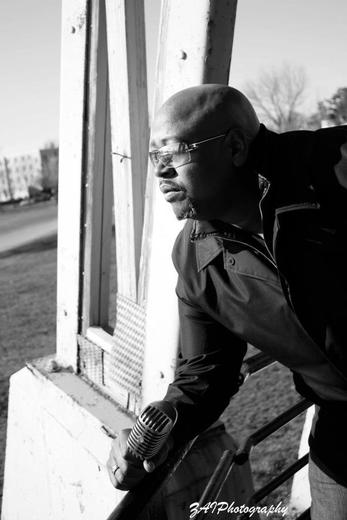 Charles E. Council Jr aka Mr. Council was born and raised in Bridgeport, CT. He is one of three children raised by a strong mother who put education and faith in God first. With nothing but big dreams and determination since birth Mr. Council graduated Central Magnet High School and pursued an elementary education degree from South Carolina State University. With his hometown always in his heart
Mr. Council made his way back to Bridgeport and received a Master’s in Education from the University of Bridgeport.
Music has always been in Mr. Council's heart but he learned early in life that you need a solid foundation to make it in the land of opportunity. To build this foundation music took a back seat to education which leads Mr. Council to the teaching profession. The extra time dedicated to furthering his education Mr. Council discovered a hidden talent; poetry and the ability to write songs.
While working as an elementary school teacher in the city of Bridgeport something within Mr. Council kept calling him back to music. He started expressing himself first through poetry and then taking his turn at rhyming.
After a few devastating losses of a few great heroes of hip hop, Mr. Council decided to take his talents back to his roots. Mr. Council is a singer at heart and has been singing since his youth. Being discouraged by the direction of R&B and hip hop music Mr. Council slightly lost focus on his objective. Maturing through the process Mr. Council realized that it only takes one person to ignite monumental changes in our communities.
Mr. Council has been singing and songwriting seriously since 2001. Slowly breaking into music industry, Mr. Council has been leaving his footprint in various clubs in New York and Connecticut performing in open mics. Gaining national exposure Mr. Council performed for both American Idol judges in Las Vegas in 2005 and Lou Pearlman's Talent Rock in Orlando in 2006. May 2007 Mr. Council presented the world with a gift releasing his first album, Awakening of a Sleeping Giant.
Since the release of his 1st album in 2007 Mr. Council has been requested to perform at various events ranging from weddings, birthdays and opening acts. Through word of mouth and previous performances Mr. Council has been asked to open up for some of today's biggest musical acts and comedians. A true entertainer Mr. Council has opened for comedians Joe Torrey, Nikki Carr, Michael Blackson and NY's very own Talent. While staying true to himself and the love for his craft he has also opened up for Bob Marley & The Wailers, Jon B, Bel Biv Devoe & Lauryn Hill at CT's legendary Toad's Place, where he is regularly invited to perform in their annual Funkfest.