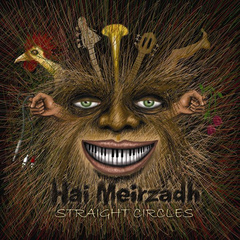 Hai Meirzadh (Israel, 1983) is a pianist, keyboardist and a gifted composer, an undergrad student of the Jerusalem Academy of Music and Dance.

Playing the piano since the age of 8 and writing music since the age of 15 (autodidact), Hai was influenced by a variety of musical genres, from rock and metal bands of the 60s and onward, through jazz and fusion music later on.

At the age of 17, Hai was introduced to the world of progressive rock and exposed to bands such as Dream Theater, Porcupine Tree, Symphony X and artists such as Jordan Rudess, Steve Vai, Steve Morse and many more. Hai realized that this was a form of music through-which he could relate his own personal style, combining some of the genres he liked so much together