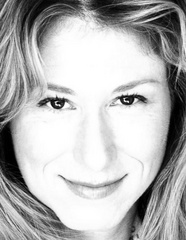 Thanks for stopping by! I am JENNIFER TRACY KESSLER, also known as "HALF PINT" and I grew up in Paradise Valley (right next to Scottsdale), Arizona. I am one of five kids-right there in the middle. Though there are several painters in my family, not one person plays an instrument or ever had much passion for music...yet I was magnetized to it...especially musical theater. I loved performing- singing my heart out always felt incredible. I started to perform at 9 and continued up through high school. I studied (sometimes!) creative writing, theater and boys at the University of Arizona with the intention of becoming an entertainment attorney. This was just a disguise in place of what I really dreamed of becoming -can you guess what that might be?! At 25, I married my college neighbor and moved to Rochester, NY to join his family business (restauranteurs). While in Rochester, I taught theater to K-6th graders, became a full-time mom and created my own business, The Royal Rump (custom painted children's stools and other tiny pieces of furniture-a few pics can be found in my photo section). After much perseverance, we packed up and moved to Scottsdale, AZ to open our dream restaurant-Via de France, a European Bakery and Cafe. Frankly, this dream became a nightmare...and a blessing. A year to the day, we closed the doors (just too many zero's to deal with, if you're an entrepreneur you will definitely understand what I mean by that), packed the kids and our dogs in the car and headed to Burlington, Vermont-a place to stop thinking and start living. Being in Vermont made me feel so alive (if you have never been, get here!) and I started to crave performing again. I made a few phone calls and was given the name of Bill Reed (Mr. Magic to me) and started training with Bill, one of the best known Broadway vocal coaches out of NYC (Circle in the Square). How lucky was that?! I eagerly embraced singing knowing that it was my one and only real dream and that I must pursue it (I wrote a song about this-if you have interest, check it out in my blog section). With the backing of Fred Green (myspacefredgreen, super musicians out of Tempe, AZ-go check them out!), I recorded a 3-track demo (Studio Z, Phx., AZ-thanks Jimmy Z) which opened new doors to perform. I have spent the last three years cultivating my craft as a musician (it's been challenging being the "new gal" on the block-it really tests your commitment) as lead vocalist in Surprise Element Blues Band and Psychedelic Mooj, sitting in with other Blues and Jazz bands, studying voice, taking music workshops, writing lyrics and most recently, recording and co-producing my first album at Charles Eller Studios in Charlotte, Vermont with The Unknown Blues Band (known in the Jazz world as Kilimanjaro). I have put myself out there and found several top-notch Vermont musicians (check out "band members" to the left) who have joined me on the recordings for this album, MAKIN' MY MARK, due to be released SOON(@*^!!). Life is good, stop by my page anytime. XO HALF PINT

Stage size does not matter.

I supply a wireless mic.

I supply a mic stand, vocal monitor and PA system suitable for indoor use (if needed).

The band supplies a bass amp, a guitar amp and a 4 piece drum kit (if needed).