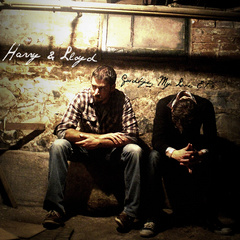 Harry & Lloyd is made up of two young men from New Britain, Connecticut. Conceived in 2007, they create music consisting of light electronic beats, heavy piano and keys, ambient pads and guitars, and typically romantically-based lyricism. They released their debut album, "Something to Consider" in April 2008. After riding the buzz of the album for some time, and leaving space for personal matters, H&L is currently closing on their second release, an EP, due to drop mid-September of this year. Keep an eye out! Much love!

All these questions about performance...We're a studio project, just download our albums!! =)