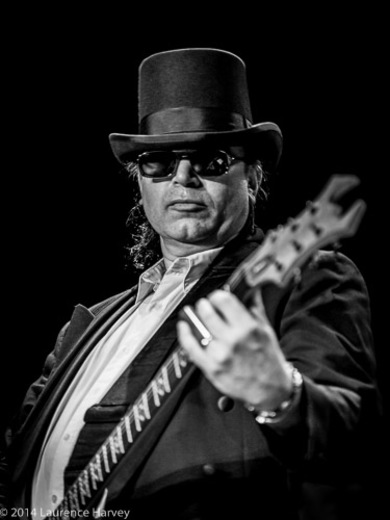 How do you become a Hitman? A sharp suit and a thousand songs. That’s what earned New York City native Russell Alexander his moniker, early in the vast musical career that made him the master guitarist, singer, and songwriter for the Hitman Blues Band that he is today.

Earning that nickname took a lot of work. But the most important gigs Russell ever did on the way to getting it, he didn’t even get to play at. As a teen, he earned $10 a gig to set up gear for a band that played five shows every weekend. The young guitarist learned hundreds of songs that way, just by ear.

Russell soon made a name for himself as a sideman. He worked as a freelancer 25 nights a month for years, flying all over the country and playing orchestral swing, country, jazz, rock, Hasidic music, Salsa, Greek, and more. Whenever a band got a request that they didn’t know, Russell did. “I got a nick name as the Hitman because I knew all the hits,” he said.

He could play anything professionally, but for fun, Russell played blues. When he showed up for jam sessions at the Chicago Blues Club wearing a tux and hat, the jam co-host would yell, “It’s Hitman Russ!” When Russell finally got a chance to build his dream project, it could only be called The Hitman Blues Band.

7 albums and countless tours later, thousands of fans confirm it was the right choice.

Nord or Hammond (electric), a good amp for stage monitoring (or a monitor), a keyboard stand and a bench plus all the cables and foot pedals

Fender Blues Deville or similar (Blues Junior, Twin, Vibrolux, whatever.)  As long as it makes noise and doesn’t have blown speakers, I’m good.

Backup vocals: 3 mikes (two for bu vocalists, one for the bassist).  They would prefer not to have to share one mike. 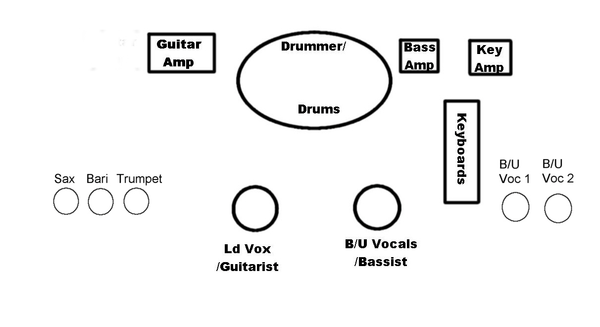 The Hitman Blues Band - Red Arrow Music Club by Simon Green
This was an evening that brought about two pleasant new experiences, a new band I hadn’t seen before and a brand new venue based down in sunny Ramsgate that with the right support should build up a...
Russell "Hitman" Alexander by
Russell "Hitman" Alexander on the cover of the June 2017 edition of Blues In Britain, with an accompanying interview.
The Hitman Blues Band Blues Enough by Brian McKinnon – Sr. MuzikReviews.com Staff
The music of The Hitman Blues Band will make you glad that music exists in the first place. Made up of Russell "Hitman" Alexander (guitar, vocals), Mike Porter (bass, vocals), Kevin Rymer...
The World Moves On by Giovanni "Gio" Pilato
The music business is, sometimes, a funny old game. There are artists or bands that, as the years go by, tend to slow down and gradually lose their spark, settling down with their music format and...
p
A
n
E
F
Song Title by Artist Name