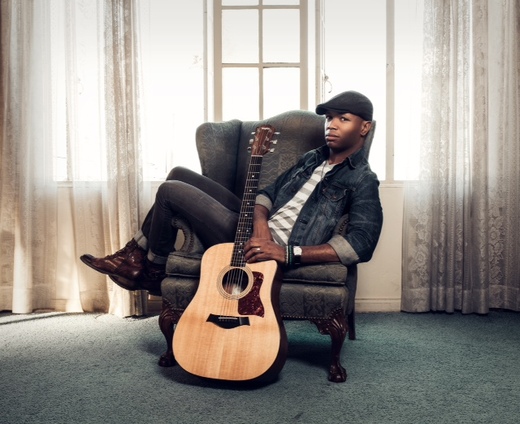 Isaac Johnson is a singer/songwriter/guitarist whose songs have been described as heartfelt, rhythmic, and lyrical, with words that embrace the human condition, friendship, love and family. His music not only captivates the originality of musicianship but explores the depths of the human soul. With a voice that will send chills running up your spine, Isaac draws from an eclectic group of influences including U2, Stevie Wonder and The Beatles.

Isaac released his debut EP "A Place in the Sun" on Vital Recordings (an Los Angeles based independent label)featuring six original songs embracing the warmth of his acoustic guitar as well as the edge from his electric guitar.

Isaac performs at several major venues in the Los Angeles area including The House of Blues (LA), The Viper Room, The Hard Rock Café (Beverly Hills), B.B. Kings Blues Club, and The Gig (Hollywood)The Derby, The Key Club, and the ever infamous Hotel Café. Isaac's winter,spring, and summer tours have taken him across the nation to 28 states! He has also had the pleasure of sharing the stage with Vanguard recording artist Matt Nathanson and CBS recording artist Keaton Simons!

For full band or duo, please get in touch

Amazon.com Fan Review by Fan Review
I listened to the cd (A Place in the Sun), hoping that I would love it..and sure enough, I loved it! I would say my favorite track is "Coming Down", It seems to stay stuck in my brain for...
Full of Melody by Chris Dahlberg
Isaac has a great voice that is full of melody. Even better is the fact that his voice sounds completely different from everything else on the market right now. While the majority of acoustic style...
Matt Nathanson quote by Matt Nathanson
He's a badass!