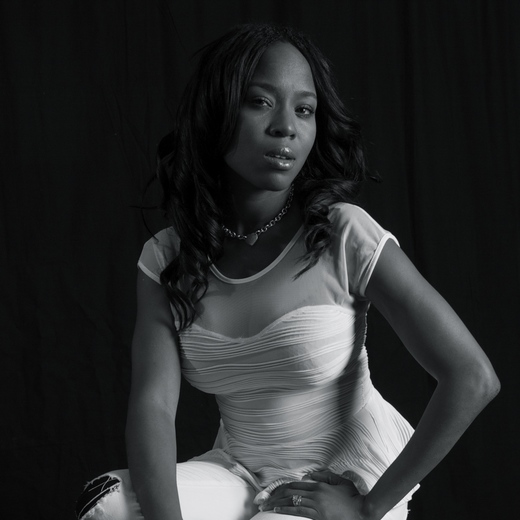 Hails from St. Paul, Minnesota.  She started singing at age 8 and writing at age 11.  Her musical influences range from the expected - Stevie Wonder, Jessie Johnson, The Time, Prince, Mazarati and Rachelle Ferrell – to the unexpected – The Andrew Sisters who were also Minnesota natives from the 1930s.


Running out of the gate at full speed at 8years old, Monaye sang the National Anthem at Alan Page’s swearing in to the Minnesota Supreme Court in 1993.  From that point on, Monaye made it a point to take advantage of every opportunity afforded to her in school.  In junior high, she participated in singing contests, joined her school choir and band, continuously learned to play new instruments and learned a valuable lesson:  instead of  comparing herself to others, she focused on honing her own skills, finding her uniqueness.   As her band teacher told her one day, “you were born for music.”

By the time Monaye reached high school, she was on her path adding studio recording to her list of musical experiences  – music was her passion and that was all she saw in her future.  At age 16, Monaye was offered a recording deal, but was wisely counseled by her mother to turn it down and give herself more time to learn about life and establish her own unshakable foundation.

Monaye joined the Gospel group, James Grear Nu Friends, recording an album with them that earned a Stella nomination in 2008.  She left the group soon after and began performing solo, opening up for major artists like Montel Jordan, Talib Kweli, Young Dro, Sunny Valentine and Twista.

Monaye’s debut single, 'Finally Home'  Released on September 9th 2013, and her 2nd single 'In The Club Place' releases  Janurary 20, 2015. Both song released under the Reo Deo Record Label, and distributed by eOne Entertainment.

o SETUP REQUIREMENTS (For Acoustic) Presenter agrees to provide all the supporting sound equipment specified and implied, i.e. console, mixers, processing, microphones, wireless microphones, loudspeakers, monitors, power distribution, cables, adapters, microphone stands, musical instruments, gaffers tape, batteries, and all other equipment requested and / or necessary to render the sound system operational to the sound engineers and Artist.  Presenter agrees to provide a piano or a keyboard. Presenter will notify agent or artist is either item cannot be procured. Sound equipment needs to be set up and operating prior to Artist’s arrival. o SOUND EQUIPMENT LIST The following are an indication of the minimum requirements for most venues, and are subject to additions or changes as needed.  Microphones - Two (2) handheld vocal microphones (wireless if possible) if Austin is performing with keyboard or piano in addition to guitar. OR - One (1) vocal microphone is needed if Austin is only performing with guitar. Microphone Stands - One (1) tall boom microphone stand (center at the front of the stage). - One (1) short boom stands for piano / keyboard if being utilized.   Console: A minimum of four (4) input channels needed if Austin is performing with piano. If he is not performing with a piano, only 2 (two) inputs are needed. Speaker Systems: The Purchaser will ensure that the venue has quality speakers and amplifiers for the performance.   Direct Boxes (DI) Two (2) direct boxes (DI) for guitar & keyboard / piano (if utilized)  Monitoring Two (2) – Three (3) floor monitor speaker wedges and at least 2(two) aux. outputs.   Power and Cabling All necessary power and microphone cables and adapters to complete the installation. The sound system must be on an isolated power source from any lighting and scenery. If there is not a separate source, an isolation transformer must be in line. All audio components must be on the same ground.  Fresh batteries, for each microphone (AA and 9-volt) Any other equipment the house may require making the installation acceptable to them.  Channel Assignments Vocal #1 (for use with guitar) Guitar DI Vocal #2 (for use with piano / keyboard – if utilized) Keyboard or Piano (DI) (if utilized o SOUND OPERATOR The sound technician must be able to have eye contact with the Artist at all times. The technician must also be available upon the Artists’ arrival for a brief rehearsal.   FULL BAND SETUP REQUIREMENTS

#NEW “IN THE CLUB PLACE” – MONAYE LOVE by PreciseEarz
This energy driven single gives us an insight on Love’s musical talent and soulful vocals. This upbeat song is definitely one for the dance floor. You can check out the official dance hit below. “...
p
A
n
E
F
Song Title by Artist Name