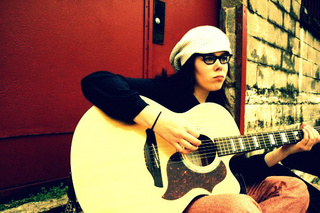 Beginning in 2004, Jaimee began the process of bringing her songs to the world when she started playing live shows with her father. Since 2004, she has recorded 4 full length albums ("Grateful Dad," "Great Expectations," "Songs to Break Up To," and most recently "Home"). She has been fortunate to be able to collaborate with musical artists from all over the world, and the diversity of her recordings matches the diversity of her writing. In her 4 short years of playing live music, she has played with and opened for such artists as The Black Crowes, Bob Schneider, Matt Nathanson, Jessie Baylin, Jon Randall, Anna Egge, Ana Armstrong, Sorta, Guy Forsyth, and Darryl Dodd. A native of Texas, Jaimee quickly became a small part of the wonderful Dallas and Austin music scenes before relocating to her current home in California.