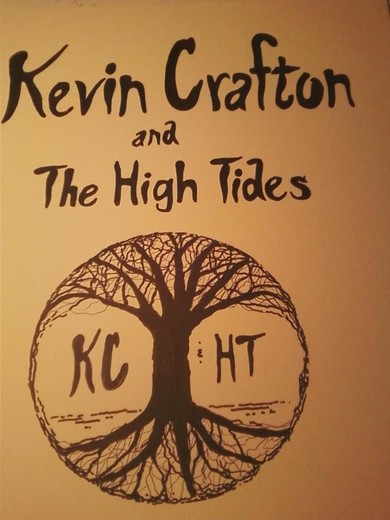 Kevin Crafton is a Folk-Rock artist that draws inspiration from the poetry of Jim Daniels and James Wright. With his LP The Vacant Heartland, the scene has been set for his telling the story of the demise of the country's heart and thus morale.

This kind of music is something that may have been heard in the late 1970s by the likes of Bruce Springsteen, Tom Petty, and John Mellencamp imbued with touches of early 1990s alternative and modern indie/alt-county. The lyrics convey a message, not of political stance, but of an objective view of the Nation as a whole.

Cut from working class cloth, Crafton understands you reap what you sow. He does not shy from having to work hard for his success. Not knowing what to do or how to do it is viewed as an interesting challenge rather than a hindrance. With this work ethic he has been able to build a substantial relationship with bands, venues, and most importantly fans across the Midwest, building his “business” from the ground up. But it does not stop there. Crafton believes there are so many songs today that are catchy but lyrically are simply a stream of clever one-liners incoherently strewn together. It is his objective to write catchy songs that can breathe, and have their own conscious.

Now with his backing band, "The High Tides" on board, Crafton is playing shows across the Midwest.

Crafton brings a mature sound to 'The Vacant Heart by Jared Jernagan
What happens when the kids who cut their teeth on '90s rock get older, live a little life and start to find out what the grown up world is like? When we're lucky, they make a smart, understated...
p
A
n
E
F
Song Title by Artist Name