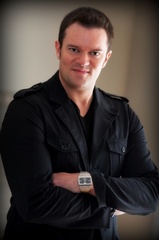 Canadian born R&B and Soul artist Jeff Hendrick is no stranger to success. Since first hitting the stage at the age of seven, the accomplished singer/songwriter has emerged as one of his homelands brightest young music prospects. Deeply rooted in the R&B and Soul influences of artists like Stevie Wonder, Marvin Gaye, Prince, and Michael Jackson, Hendricks smooth vocal offerings often conjure up images of Philly soul rather than the Canadian prairies. His mature and dynamic stage presence has captured fans both domestically and internationally, and his other talents as a saxophonist and keyboard player have truly made him a unique musical entity. Popular with Chicago style step dancers across America, Hendrick is a favorite of syndicated ABC Radio Networks personality Michael Baisden and has been featured on his national broadcast several times since 2006. Hendrick's sophmore album 'Soul Celebration'has sold over 12,000 independent copies in the US, UK, Europe, and Japan, and the singles 'Celebrate' and 'Old School Party' have entered the Billboard and Mediabase Urban Adult Charts regularily over the past two years.

Soultracks.com Review: Jeff Hendrick - Color Blind by Howard Dukes
The moment I heard Jeff Hendrick sing on Color Blind, his latest album, I instantly thought of Michael Franks. It would be incorrect to say that Hendrick is trying to sound exactly like Franks....
p
A
n
E
F
Song Title by Artist Name