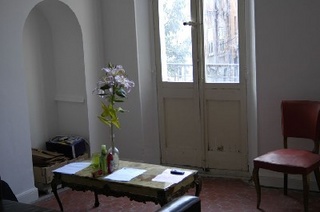 Ft Worth, Tx-native Jennifer Leonhardt was born into a family of musicians and artists and learned to play and sing in the living room and has been doing so ever since. She made a record called Gods & Nations (Grassroots 2007) in honor of the survivors of the New Orlean's Katrina disaster in 2005; "Homeland" is about that. More recently she released an album dedicated to her parent's musical influence called Minstrel's Daughter (Waterbug 2009) which she will be touring in support of in 2010. Come out and say hello ;)

A stirring songwriter (Top Picks 1/28/08) by Austin American-Statesman
Leonhardt plays blues with vivid modern lyrics and harmonies. For her latest album, she wove the influence of her family of artists and musicians and the impact of Katrina into flowing Americana...
"An absolute runaway wildfire." by Don Wolff, Talent Buyer Denver CO
Why this girl is not one of the top acts in the country is beyond me--her singing is like throwing a lit cigarette out a car window, she's an absolute runaway wildfire. Her band's live show wais...
Jenny & the Whalers Rock by Dante Dominick, Austin.com
Jennifer leads the Whalers with a Joni Mitchell songbird quality tempered by Carole King’s songwriting style and a delivery touching on everyone from Chrissie Hynde to Edie Brickell.
A Paste Magazine Recommends Indie Album by Paste Magazine
Gods & Nations selected as a Paste Recommends Indie Album for April/May 2008 feature.
Leonhardt is a gale force to be reckoned with by Pop Culture Press
The arrival of a major new talent. From the sound of the trenchant folk/blues of Gods & Nations, and the driving, impassioned emotion at the heart of "Patron", Leonhardt is a gale force to be...
p
A
n
E
F
Song Title by Artist Name