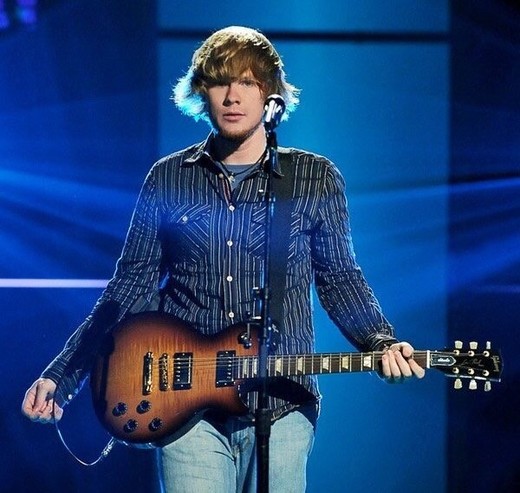 Maybe, you say, maybe Todd Sarvies isn't any different from other singer-songwriters. Maybe the drive of a music career-earning a living doing what he loves-is, you think, just like everyone else's. Maybe his talent-obvious at first listen-is just that: talent, not yet fulfilled.  But then-there's someone onstage and he's commanding your attention. As he sings and (sometimes) comes close to screaming, his voice, his face, his body language-all expertly convey hurt, pain, anguish, longing, hesitation, regret. It's more energy than an entire band puts into one live show. All conversation has stopped; all eyes are on him.  "I put everything I am into the songs I write," says Todd, "and everything I do on stage echoes that."  The goal is simple: To feel the music, not just manufacture noise without ample time or broken strings. To make one word mean more than the next. To tell a new story, a new song.  Having such a strong emotional tie to the music and lyrics makes Todd's performances powerful and cathartic. His ability to captivate an audience using the raw power of his voice is mesmerizing. It is clear he is most at home on stage, shrouded only by his music.  "Performing is a rush," Todd says. "I can be on stage, screaming my heart out, knowing an audience can understand exactly what I've been through without distraction. The truth behind it all is what makes it captivating. It's where all the passion comes from."  In 2007, his band John Boy's Courage released its debut album, "The Fall Precaution", a collection of chapters more than songs, a story about falling down ... then pulling yourself back up. The music style-emotionally honest alternative pop-rock-often belied the depth of its tales, the songs' intricate instrumentation.  After the album's release, Todd took the show on the road, hitting towns near and far, and racking up an impressive list of festival appearances, including CMJ Music Marathon and Red Gorilla.

The setup was simple: No spotlight, no flashbulbs: just a small club singer-songwriter traveling the country in a van, selling CDs for gas money, and pouring out his heart and sweat onstage, even if only for a small audience. While he never quite imagined himself as a 'star', Todd nonetheless longed to make a career out of his craft.  "I think every musician has the desire to do this professionally," says Todd. "It's a lot like falling in love. When you are passionate about something it's the first thing you think about when you wake up, and the last before you fall asleep."  In 2009, stardom came knocking in the form of a MTV reality singing competition P.Diddy's Starmaker, and a chance to be signed to Bad Boy Records. It was an opportunity he took beating out 12 other contestants to finish as the runner up.  "The show gave me a great deal of confidence," Todd says. "Showing I can perform on a consistent high level, on a big stage was a great experience."  Today, Todd is promoting his newest album, "The Dead, The Dying, The Damned". In the past, he would write a song and record it. Cut and dry: it was what it was, like it or don't. These days, he's not alone, bringing in talented producers and backing musicians to enhance the process. Additional minds collaborating during the recording process has helped him become a stronger songwriter.  "The new songs have a lot more heart," Todd says. "As a songwriter, I try to be honest. When I first started, I was making up stories; now I write from experiences. Before, I was just scratching the surface. Now I pride myself on writing what I know, what I'm thinking about. It means more when you know where a song comes from, and how that moment in time may have changed you for better or worse."  But it's still his, all of it: the drive, the talent, the emotion. He still puts it all out there: all of his experiences, all of his hang-ups, everything he thinks about, stresses about, dreams about.  That's what songwriting is. It's storytelling, relating, opening yourself up and stripping yourself bare. It's making the listener feel less alone. It's holding on to an emotion, reliving it night after night, never letting it die.  It's what Todd Sarvies does best, and what he does for you. It's been there for you all along. And yet, it's just beginning.

Hometown praise ... by St. Louis Post-Dispatch
“Anguish rarely gets as good as it does on The Fal...“Anguish rarely gets as good as it does on The Fall Precaution. The band’s must-listen CD [is] a local critical favorite.” —Kevin Johnson
Alt-weekly CD review ... by Riverfront Times
“Todd Sarvies’...whisper-to-a-scream range can handle breathless confessionals and the occasional soul-unloading howl.” —Christian Shaeffer
CD release preview ... by PLAYBACK:stl
“These 13 songs will suck you in, from Todd Sarvies’ slightly scratchy and oh-so-earnest vocals to Chris Taggart’s dreamy hooks to soaring melodies to solid beats to lyrics you can actually relate...
Hyperfest '07 preview ... by The Albuquerque Tribune
This St. Louis five-piece plays pop in th singer/songwriter tradition: An acoustic guitar supplies the rhythm, while an electric guitar takes the lead. Singing mostly love songs, yearning vocals...
Local music profile ... by St. Louis Sound
John Boy's Courage is a [band] but, lyrically, the songs are all Todd's. He's at once passionate and poetic, emotional and honest. His powerful vocals range from strong singing to whispers to...