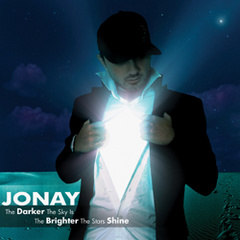 Jonay is a HipHop/RnB artist/producer from Sweden. He was born 1983 in Bulgaria and in 1989 he moved to Sweden with his family. After some hectic years of moving around they eventually settled down in Örebro.
Jonay got his first glimpse of the world of hiphop when he was twelve years old and heard a song from legend LL Cool J, who since then has been Jonays music role model and the main inspirer of his music. The urban rhymes caught the twelve year old Jonay, and he has been involved with music ever since. At the age of thirteen, he wrote his first own lyrics.

Jonay produces most of his beats, and admires producer Timbaland for his creativity and variety.
With his lyrics, he wants to bring up everyday things and issues anyone can relate to.
“I want my music to create feelings in people,” says Jonay. “I talk about love, dreams, desires, relations, and other things average people deal with in life. I live through music and if I can influence just one single soul in a positive way, I have fulfilled my goal”.
His debut album, “The Darker The Sky Is The Brighter The Stars Shine”, was recently released for free at www.jonay.com