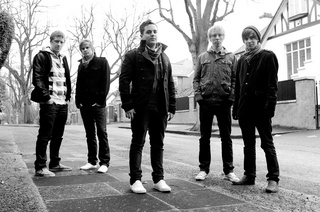 A great new Irish band" - Cormac Battle, 2FM Juliet's Rescue (Formely Known as Box Social) are a young band from Celbridge, Kildare who have recently released their debut EP ‘Juliet’s Rescue’, launching in The Button Factory, Temple Bar, Dublin to a crowd of 250. It was recorded in Manor Park Studios, Antrim in August 2009 with acclaimed producer Neal Calderwood. The band formed in late 2008, writing original material from the beginning, and have built up a loyal following in this short space of time playing gigs in Whelan’s, Eamon Doran’s, Radio City, The Dew Drop Inn and Maynooth University. Juliet's Rescue also played The Hotpress New Band Stage at the Oxegen Festival 2009 which prior to the launch of their EP was the highlight to date for them. Their influences include The Maccabees, You Me At Six, Fionn Regan, Enter Shikari & Foals with this eclectic mix leading them to develop their own unique sound. They have recently had radio play on 2FM, RnaG, BBC Radio 1 and Today FM where Alison Curtis hailed them as “really, really good”.