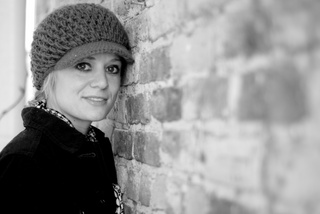 Having shared the stage with such music scene luminaries as Juliana Hatfield, Patti Labelle, 10,000 Maniacs, Steve Winwood, Margot & The Nuclear So & So’s, Kenny Loggins and The Wallflowers, the Chicago Arts and Entertainment Magazine has recognized Katie Todd as “a breath of fresh air that the Chicago music scene has been waiting for.”

Lauded by iTunes.com as having one of the “top buzz bands in the country”, Katie claimed a spot as the website’s “Artist of the Week”, earning nearly 300,000 downloads of their single “Face Down”. On her album: Make Some Time For Wasting, Katie’s captivating voice and signature percussive keys-playing are showcased most boldly on her haunting single, “Leave," which tells a tale of woe that has radio and TV programmers hailing it as “one of the most perfect pop songs to come along in quite a while.”

Many of Katie’s songs have been chosen as themes for major motion pictures including: Leave in the soon to be released movie, Chasing the Green, staring Jeremy London; The Polite in The Mini; and In And Around in Other People’s Parties. The National Geographic Channel chose Katie’s song In And Around as the theme song for their ‘Go Green’ campaign. And Larry Smith, author of Six Word Memoirs, chose The Polite as the theme song for his book tour. The video is available for viewing at www.smithmag.net/lovevideo.

After playing to a packed House of Blues, Ravinia and Lollapalooza, Katie returned to the studio and completed her third album, Mumbled Speech, available now. Since the release of Mumbled Speech, Katie has been selected to perform as a part of Lilith Fair 2010 in Chicago, as well as other greats shows such as opening for Huey Lewis and the News, Green River Ordinance, and O.A.R. Keeping a very busy national touring schedule, Katie is putting herself and her music out there. All you have to do is sit back and enjoy it!

Top 10 in John Mayer "Side Stage Warfare" Competition for Indianapolis, IN, June 2010

Katie Todd and Shelley Miller by Gregg Shapiro
The busy queer music scene in Chicago is exemplified by Katie Todd and Shelley Miller. Both women can regularly be found performing live throughout the city. The gorgeous title track on “Mumbled...
Katie Todd ’00 Named One of "Best Unsigned Artists" of 2002 by Lafayette University
EASTON, Pa.(www.lafayette.edu), January 2, 2003 — Illinois Entertainer has selected Katie Todd Band, led by Katie Todd ’00, as one of its handful of “Best Unsigned Artists” of 2002. The...
10 Summer Must-dos by Metromix Chicago
Every summer you vow to attend more festivals, spend more time outdoors and generally make up for all of those hours lost to cold, dark winter months. But with so much to do, you always seem to...
Katie Todd releases "Changing Faces" by Darryl Cater
Katie Todd, a plucky new immigrant to Chicago from Pennsylvania with a knack for penning distinctively memorable piano-based pop tunes, has wasted no time winning attention in the crowded local...
Chicago singer Katie Todd wins her way onto the local Lilith Fair lineup by Matt Pais
Thanks to her original song "Leave," Chicago singer-songwriter Katie Todd has won a local talent search to perform July 17 at First Midwest Bank Amphitheater as part of Lilith Fair. She'll get the...