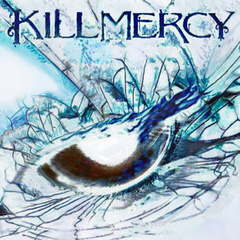 Kill Mercy of New Bern, NC released their self-titled debut CD October 29th 2010 with great success. The CD was recorded and mixed at Chad B Studios in Wilmington, NC and was mastered at Sterling Sound in NY. Kill Mercy has shared the stage with National Acts such as: Five Finger Death Punch, Buck Cherry, Saving Able, Decypher Down, Paper Tongues, Opiate for the Masses, Marc Rizzo (of Soulfly), etc. With the release of Kill Mercy's debut album finally here, we are making the necessary preparations to begin touring and promoting "Kill Mercy". With a polished, top of the line sound and attitude, we will not be stopped. Kill Mercy takes the entire negative we have endured in life and reflects it with our charged positive sound.