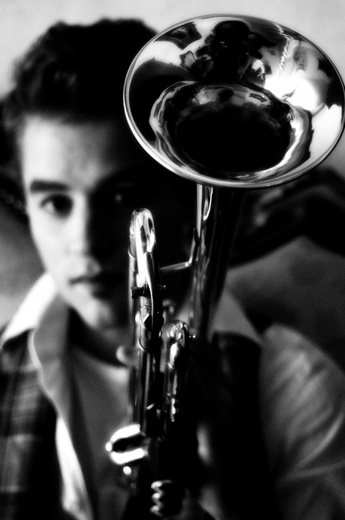 If Michael Buble and Chet Baker were one . . .

Having won an Emmy Award the underscore of a 2010 documentary film,
Knox is equally at home wowing a crowd from the stage with his warm, clean trumpet tone and memorable vocal melodies, reminding audiences of a modern-day Chet Baker

Knox is a Georgia-born trumpeter, vocalist, & composer based in California. His singing & playing is featured in the 2011 Polybona Films/Paramount remake of “What Women Want” (我知女人心), can be heard on Hollywood films, network TV, and studio albums in many genres. Knox can also be heard in National Lampoon’s “Van Wilder III,” CW Network’s “Valentine” (2008), Bernie Mac’s 2008 tv pilot “Starting Under,” and many film trailers. Knox has performed in South America, Europe, China, and throughout the U.S. His writing was recently featured on the CBS sitcom “Rules of Engagement.”

1 Piano, tuned & preferably Grand, if not then Upright is fine (keyboard ok dep. on quality)

3 microphone stands (2 out front and 1 for drummer)