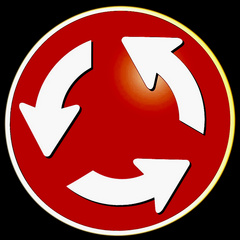 A soundarchitect from Holland. Works with found sounds, voices,field-recordings, live wavs and midi's and mixes them in his own cross-rhythmic way. First releases on the Musictrade Netlabel in 2005 Developing since then with influences from classic masterpieces towards more ambient, drone-like pieces that try to capture the full complexity of silence, as well as more rhythmic experimental pieces that try to shift yer mood rather than move yer feet.

WOW - review Refelt by tuna on Jamendo
I've always enjoyed abstract electronics and this is some of the best. The last track might be my favorite...dark and threatening...a little like being attacked by giant insects. The entire album...
A truly awesome experience by musictomyears
A truly awesome experience to be had, from KraftiM, from his album BackVieW. It's intense, interesting, atmospheric,ambient, stimulating, dark even at times, thought provoking, strange yet makes...
p
A
n
E
F
Song Title by Artist Name