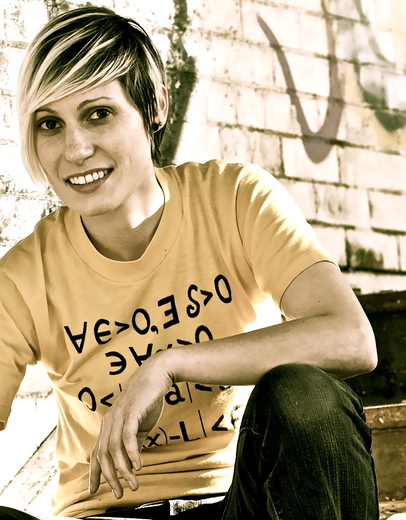 Lauren grew up in Buffalo, NY where she taught herself how to play the guitar and the piano. She was raised on the music of the 60's and 70's such as the Beatles and Joni Mitchell. Later Lauren was exposed to such female artists as Sarah McLachlan and her fellow Buffalonian, Ani Difranco. After performing religiously at local open mic's throughout high school, Lauren soon developed a devout following of friends and fans. In early 2002 "Rumble, Rumble" was released by the artist. The feedback from the collection of funky, folky, soulful music was overwhelming. Accompanied by bass player Jack Phinney, Lauren performed several shows before moving to California for school. Now residing in San Francisco, Lauren is working on material for another album.
"Rumble, Rumble" continues to reach people, even on the West Coast. While Lauren is currently playing solo, she is working and evolving her sound with the help of many musicians in the Bay Area.

All I need is electricity :o)

Music Review by
Music from the heart. Will one day be a household name.
p
A
n
E
F
Song Title by Artist Name