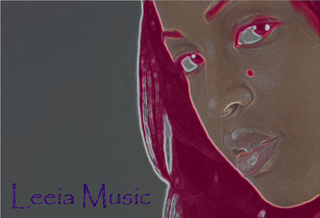 The artist “Leeia Music” is an upcoming vocalist, songwriter, music producer, and television host with a face to remember and a voice that you cannot forget. She is a member of Hearts & Voices, an all-volunteer program that brings live music to hospital wards, residential facilities and day care centers caring for people living with HIV/AIDS. She is also the president of a Queens based non-profit organization called “Reach In Reach Out” A Community Youth Cultural Enrichment Program. Her vocal style is a combination of smooth R&B rhythms, and the soulful beats of reggae.

As a producer, she has the ability to fuse many forms of music; often creating a new genre on to itself. Leeia is a prolific songwriter. From nursery rhymes, to reggae chants, to hip-hop flows, she’s got it. Leeia does various forms of music, but has always instinctively gravitated towards reggae. Perhaps this is inspired by her Caribbean background. Leeia produced her own new artist showcases in Queens and Manhattan, and still wins many artist showcases in the New York area. She performed in reggae festivals such as, Jamrock Megafest 2007 in Westchester, and Reggae in Symphony 2007 at Broooklyn College.

Leeia also had the opportunity to get exclusive interviews from entertainers such as: Grammy Award winning, Reggae artist Freddie McGregor, and actors such as Laman Rucker. Leeia also made cameo appearances in television productions such as The VH1 series “The Salt N Pepa Show”, and the “I Know” video, a new release by Jay-Z. Leeia is currently working on her first album, which she expects to drop in the fall of 2008. It will consist of songs reflecting Caribbean/American culture in various forms. This upcoming artist will not only capture the top of the charts, but also capture our hearts.