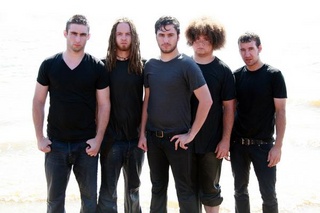 A musical tour-de-force, LoN combine hard rock roots, punk attitude and aggressiveness and a hardcore inventiveness that combine to create a sound that is uniquely their own. The band has been taking names and rocking faces all throughout Kansas and the surrounding states. Along the way, Left on Northwood gained the local notoriety needed to share a stage with national acts such as Scary Kids Scaring Kids, Funeral for a Friend, Mayday Parade, The Ataris, Far-Less, and the Josephine Collective. In 2008, the band was invited to rock the inaugural Mid American Music Festival in Omaha, Nebraska.

LoN possess a die hard, take no prisoners dedication to their music that shows in their upcoming album "Gut Check Personality". Winning recording time via The Deadwood Derby and x92.9 Battle of Bands, recording in 4 different studios, and never settling for the bare minimum, the band scratched and clawed it's way for over a year to come out victorious with their latest work.

Their musical prowess and commitment to their craft is avidly apparent in both their album and in their willingness to do whatever it takes to give their audiences an awe-inspiring and unforgettable live show. One can only wait to see what’s next for these emerging artists. Whatever it is, make sure to witness it first hand if you can. You won’t soon regret it.

Written by M. Luévano courtesy of "my damn self!

Enough space and mics for the following :