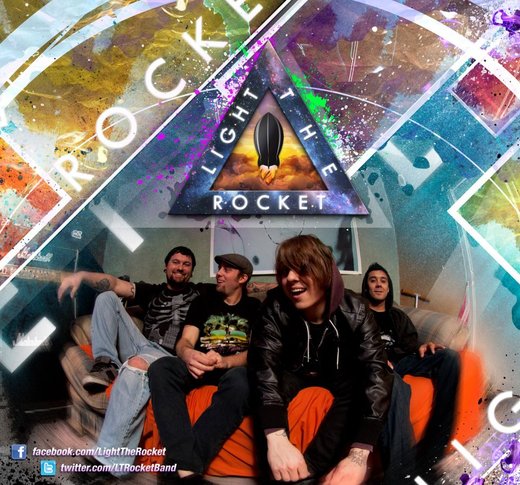 Light The Rocket is an American Pop Rock band with an explosive live show. Combining elements of pulsing electronica with catchy guitar hooks, precision drumming, and heartfelt lyrics, it's easy to find yourself tapping your feet to their songs stuck in your head. Recent winners of the 2012 RAWard's Musicians of the Year for their hometown of San Jose, California, the 4-piece group is currently working on a full length album; the single “Carefully” has gained exposure on local radio stations Live105 and the online social community. With their sights on the galaxies, Light The Rocket is ready to blast off and take on the horizon!