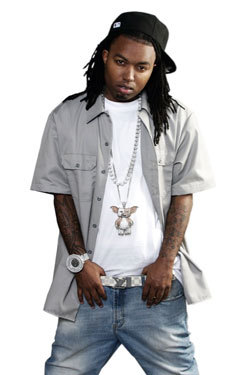 The Louisiana music scene has contributed to pop culture more than many people realize. From the classic jazz often sampled in modern music, to nearly two decades of Hip Hop and pop music, New Orleans,Shreveport, Baton Rouge and outlying areas of the Bayou State have produced some of our nation’s greatest hitmakers.
Lil Cali formerly signed to Asylum/Warner Bros. is on a mission to be the next great artist out of the Gulf Coast, representing for the new generation of music lovers. As an actor, songwriter and fun-loving performer,
In September 2010, Cali released his Enemy of the State 2 mixtape hosted by Trap-a-holics, The Empire and DJ 5150. Cali’s current single “Money Right” has picked up alot of major steam on the radio radio and in the clubs, and an official video has debuted