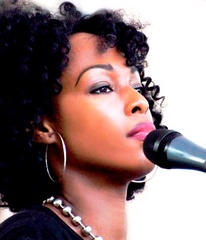 Lisa Lauren Smith, a native to Detroit, Michigan, was quickly involved in music and the arts industry at a very young age. Training in classical piano at the age of 4, later opened doors for her to excel at learning other instruments such as the violin and the french horn. At age 12, Lisa became one out of three members of rap/r&b group "Trak 3". Having recorded and managed to eventually receive a record deal was a very close call, but never came to pass. Lisa did not stop there in her pursuit to be a successful recording artist. An alumni of The Detroit High School For the Fine and Performing Arts, where she was awarded in jazz, symphonic and orchestral competitions. This also placed Lisa in the arena of her next venture to perform as an artist. After graduating, she began to use her vocal talents as the lead singer for the Jazz/R&B/Rock Band "Galaxy". Traveling most of inner city Detroit, the band developed a reputation for being funky and eclectic with a hip-hop vibe.

While singing and attending broadcasting school, Lisa’s connections lead her to becoming a part-time radio personality and morning show producer for one of the top Hip-Hop and R & B radio stations in Detroit. Lisa Smith, became radio DJ "Mona Lisa" for WDTJ 105.9 FM. Widening her recognition across the city. This opened up doors to other opportunities least expected. After 4 months as a part-time personality, Lisa’s singing voice was requested for on-air jingles and station promos. Also, the Scene Productions hired "Mona Lisa" to host an urban Hip-Hop & R&B music video show called "Video Go Go". This was a show featuring celebrity interviews, the hottest music videos and community involvement. With a huge smile and spunky personality, Mona Lisa kept Video Go-Go a continued success. Exercising her voice on the air waves soon lead to voice-over opportunities and being signed with two major talent agencies in Michigan. Lisa eventually left radio to continue her singing and began to pursue an acting career after booking principal roles in commercials, PSA’s and stage plays.

On May 25, 2003 Lisa packed her 2 suitcases, sold her car and other cherished belongings and bought a one-way ticket to Los Angeles, California and set out to hone her skills as a well rounded artist. Today, Lisa has become a seasoned singer/songwriter and actor that has the professional credits to prove it.

After 3 years of singing and performing solo and with local bands in the LA area, Lisa began work on her own original music. Lisa moved back to Michigan where she has completed her debut album “Rock Steady”. With great appreciation for Executive Producers, Earl and Barbara Smith, "Rock Steady" includes contributing artists such as guitarist, pop/rock musician, Jesse Johnson, formally of “The Time” and the young popular R&B band “Hotsauce”, this pop/rock CD has already gotten positive reviews and request for concerts at venues across the U.S.

As a singer, songwriter, published author, musician, and actor Lisa Lauren Smith is a quintuple threat and is currently entertainments best kept secret. Now the secret is out! “Rock Steady” is now independently released and available for purchase.

"The Baddest CD I've Heard this Year!" by -author: shawna mckinney
The Baddest Cd I've heard this year!!!!!!This CD is definitely topping the charts in my book. It's for the musician, the non-musician or whoever else wants to hear the sweetest beats under rock...
by

"A Force to be Reckoned With!" by the Tenacious Dog Agency & Med
I would say hands down the bonified "Queen" of Alternative Hip Hop and Phunk! - EL Harvey
What Makes Lisa Lauren Smith "Rock Steady" by Step by Venus Divas Plus Size Magazine
As a native of Detroit, Michigan Lisa Lauren Smith came to appreciate music at an early age. She was taught how to play classical piano early on which was a gateway to other instruments including...