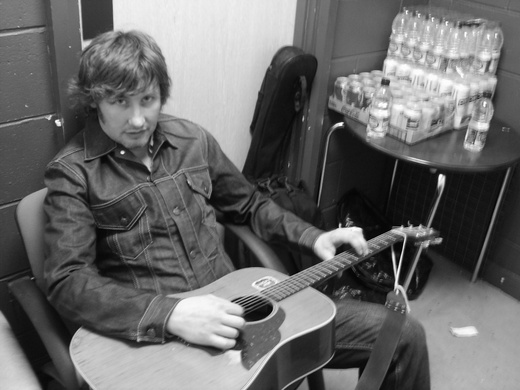 Gordon Grahame AKA Lucky Jim has released over 10 albums .

Born in Edinburgh , Scotland he has played with such acts as Jeff Buckley , Texas , Ocean Colour Scene , The Happy Mondays , Pete Murray , Rocco Deluca , Joy Zipper and has played Glastonbury , The Fleade and T in The Park.
He has gone to number one twice in the UK itunes folk charts .He is most widely known in the U.K. for the track " You're Lovely To Me " which was used in the Kingsmill Bread adverts and has fan bases in Germany , Holland , Greece and Israel.

Now based in London , England he is currently working on a new album for release in early 2009 .

He will be touring Europe in early 2009 as a duo with Sandy Watson from Glasgow and also as a band with members of Turin Breaks.