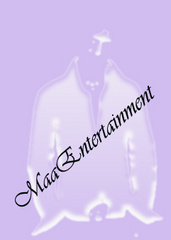 Los Angeles, CA – Cassandra Spring, a energetic individual as a child, was born and raised in the San Fernando Valley of Southern California, but also spent a considerable amount of her life in New Jersey, where she still frequents. Since the young age of nine she has been determined to become a nationally acclaimed Vocalist. She has been accomplishing that goa for some time now!

As a child, Ms Spring longed to achieve platinum success as an R&B/Jazz Artist. Her musical inspiration comes from artist like Billy Holiday, Etta James, Ella Fitzgerald, and Stevie Wonder, just to name a few. Cassandra is currently in the studio working on her Sophomore album, which is written by no other than Cassandra Spring herself. You can see Cassandra performing in various locations, such as the “Black Expo”, the “Celebrity Center for A&R Showcase”, "B.B. Kings Blues Club", "The Palms", and the headlining artist for the "Ballin 4 Peace" tour, and the list goes on. Also hear Cassandra's music on the Playboy Channel. Cassandra has recently won awards such as “Rocking Track in R&B” and “Track of the Day” on Garageband.com for her hit single “If You Want A Man”. She has also been named "2006 Most Emerging Artist" in the May/07 edition of the American Idol Magazine, has her music playing on cable Television Shows, and currently in rotation on XM radio. She is managed by Mandell Anthony of MaaEntertainment, which has more than 10yrs of experience in the industry.

In 2004, Cassandra decided to try to catch the audience through another venue by gracing the runway. Ms Spring may not have the height of the average runway model, but with her seductive stature she received wide acclaim for her runway debut. Cassandra has appeared in the theatrical release of “The West Side Story” and “We Dream a World”. She also has screen time in “The Man in the Moon”.

Ms Spring’s vocal range commands notice and respect and she has tamed her extremely energetic ways, so to display the sophistication and poise that not many young ladies her age can present. Cassandra has an aura that is luring and an appeal that is irresistible. As the next threat in the entertainment industry, Cassandra plans to become a household name and face within every culture, through her R&B, Jazz, Hip Hop, as well as Latin sound. Cassandra has studied Latin Salsa, Hip Hop, Ballet, and Jazz dance.

Cassandra Spring’s has vowed to stay grounded throughout her career and always recognize that without the blessing of the Lord and her fans, she would not be.

Keep your ears and eyes open for a new era of music, compliments of Ms Cassandra Spring.