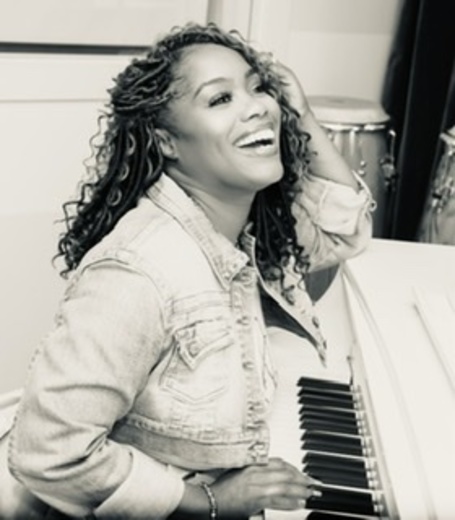 Marjane' continues her journey of success bringing new flava on new HIT single "Walking in Favor" from her up and coming new album.. Marjane' has opened for Gospel Great Karen Clark Sheard and has shared the stage with Dr. Bobby Jones
and the Nashville Super Choir for the BET Celebration of Gospel. Continuing in ministry of excellence this artist is on the move and one to watch for many years to come. Look for New
single release "Walking in Favor" coming soon to radio and on Itunes, Amazon and many more. Full album details coming soon...
visit www.marjanemusic.com for more information.

Won't Let Go - REVIEW by Bob Marovich -Black Gospel Blo
Earning a first round Stellar Award nomination for Best New Artist for her debut album, Keys to My Heart, Marjane’ (pron. Mar-jan-ay) offers a second helping of her breezy west coast sound on Won’t...
Marjane' Struts with new single "Walking in Favor" by Andrea Williams - Tehillah Praise
Anyone who has been blessed enough to hear Marjane' sing knows that this young woman has been gifted with something special. The powerhouse vocalist is no stranger to the gospel music industry...
Marjane wins Rhythm of Gospel Awards by J Jane Music
We congratulate Marjane' on winning 2 of the 4 nominations for the 2011 Rhythm of Gospel Awards for Urban Contemporary Artist of the Year & Contemporary Female Vocalist of the Year!