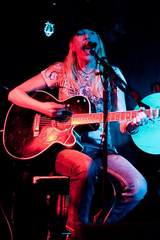 The MaryBeth Maes Band is a four-piece (sometimes five when joined by keyboardist John Wadkins) rock band, playing local venues on a weekly basis from Boston to Gardner MA to New Hampshire. MaryBeth's band is supporting her first all-original CD, "Just Like Me", produced by her husband Brian Maes. All songs on the CD were written by MaryBeth, minus one track, Don't Worry Bout Me, (written by Brian) which has received local airplay. When not playing original venues, MaryBeth and the boys mix it up, playing rock/dance/pop from the 60's to today. Her band consists of Bill Meehan and Chaz Maken sharing lead guitar, Jamie Maes on bass, Tony DePietro, Jack O'Soro and Dickie Paris, Jr. sharing drum spots. MaryBeth also plays solo and duo gigs, and teaches vocals. She is currently on her husband's indie label, Briola Records.

There are no technical requirements at this time. Standard requirements for the band on gigs that have house sound. 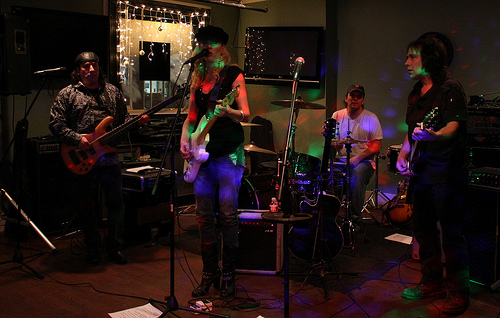 MaryBeth Maes Band to play Redrock Park by
The story that was published in the Lynn Daily Item this past summer talked about how the MaryBeth Maes band has been performing in the area on a weekly basis for quite some time, and has been part...
p
A
n
E
F
Song Title by Artist Name