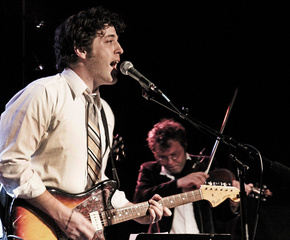 Max's Favorites: this is the abbreviated version-- the rest can be found on the website.

by Redeeming Features
His songs are well polished & well structured. Max has a great voice & knows his way around the guitar too."
by Vandebrilt Hustler
...Max Beizer is moving up in the notoriously tricky world of the Nashville recording industry quite nicely for being just 21 years old. With live shows, a CD and his own record company already...
by Billboard.com
When he graduated from Vanderbilt University in 2005, Max Beizer felt he had fallen into a tailspin as the real world slowly began to catch up with him. He landed a job and regular gig at the...