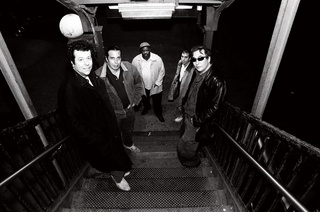 When singer/songwriter Bob Dee and good friend Ward Parker (a.k.a. Uncle Winston) began creating a body of songs incorporating their favorite musical styles, the fledgeling band didn't yet have a name. When Bob called up his oldest friend - and talented guitarist - Paul Lupo to collaborate, Paul replied, “I'm in. But who wants to listen to a couple of old suitcases like us?” And so Methuselah's Valise (a.k.a. Old Bastards With More Baggage Than the Train They Rode In On.) was born. Bassist Olmon Hairston and engineer Rich “Swordfish” Lamb soon came on board, and Paul's question was answered: everyone who wants to hear classic adult contemporary rock and roll.