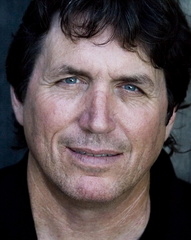 Hello, I'm a songwriter and musician who plays guitar, bass and a little drums and keyboards. I work with a bunch of great musicians and we get together to play and do the work of the ministry whenever and where ever we can.

I have been putting together my home recording studio it seems like forever. I started out with reel to reel machines in a bedroom and later I had ADAT machines in my barn. Now I have a totally digital system and I've remodeled my barn and fixed it up to look real professional. Finally having a really nice facility is something that I've always dreamed of, so now I need to spend more time recording there. HaHa

I produce and work with different artists in my studio and in Nashville, who are singers and songwriters, and I record various kinds of bands as well.

I've toured Eastern Europe around Romania with a great Nashville band called Difference United, and they've finally gotten their distribution deal for the U.S.A. and found a really good business manager, who's managed several megastar christian artists ( Steven Curtis Chapman, Michael W Smith ). I've been one of Aaron Millers mentors and we are writing songs together for his bands next CD. I'm so proud of the group for all their hard work and I'm glad it's all finally paying off. I wish them all the success and recognition that they deserve.

I just returned from a tour of three cities in India the middle of january, which I really enjoyed doing. My band didn't get to go on this tour, but I opened for Difference United by myself. My band, the Elijah Project U.S.A. is going to Northeastern India to play some concerts in late August and early September. I have just finished producing my CD " You are Everthing I Need ". At this time I'm not signed to a label and have no distribution for the album.

I am really interested in getting my songs published, so I would love to recieve inquiries about getting theses songs into the marketplace.

I live on a beautiful horse ranch that I built in North Georgia, about 100 miles above Atlanta in the mountains. My wife and I run the business, which is raising Paint and Quarter Horses, Gypsy Vanners from Ireland, boarding customer horses, and my wife Janie gives riding lessons. We live in an old converted barn right next door to the stables. There's a wood workshop and a tack room in the lower level of the building. My recording studio takes up the middle floor, and we live in the old hay loft upstairs. We love living in the middle of all our animals. We have dogs, cats, chickens, sheep, and of course too many horses and wouldn't trade our life for any other. For more information on our ranch you can go to cornettranch.com