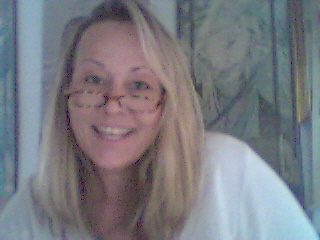 Born in Pocahontas, Arkansas...I was raised in the rural Northeastern section of the state...thank goodness. ;~)

Music & Storytelling are part of the cultural fibre in any remote setting, Arkansas is no exception to that rule...indeed, one might even site 'The Land of Opportunity' as a precident in this form of sociological cohesion.

Fortunately, I grew up around many, many, astoundingly funny, talented and unique...eh, ah - 'Characters'. However, as a result I grew up believing that a fella should never use two words when 99 words would do, and that as long as you were honest and did your part everything ran smoothly.

Well, over 20 years experience in the Radio and Television Broadcast Industry has taught me that...Ya'll City folks don't play by the the same rules that we, simple, country, folks do. Luckily I'm a pretty quick learner and I have the patience of a trapper when it comes to broadening my horizons, so life is a procession of new awakenings.

Songwriting is a release for me, arguably a morbid secretion =o)x, but it's a more acceptable form of expression than oh, say punching someone...or drooling in public. I think you'll agree.

I have learned from watching others, subsequently, I don't have a band. I have only ever worked with session players. It suits me better than a band -session players are on the clock, band members are 'round the clock...and I've got the patience of the fur trap when it comes to paying for studio time. ;~)

I've been singing all my life, started writing songs about 10 years ago and I've gigged around the London & Memphis circuits a bit.
I began singing professionally, singin’ the blues, one night a week on Beale Street in Memphis, in the late 80’s. During the time I was employed to present overnights on Rock 98 in Memphis, where, ex-Eagle, Joe Walsh, became my regular side-kick on the show.

However, much of my career has been in broadcasting under various monikers, the most successful being Michele Stephens. It's been a very colourful career and too much to go into here...let's just say it's a long way from Pocahontas, Arkansas to London, England for a girl with no formal education.

I am humbled to inform you that Kevin Armstrong did Produce all of the tracks I've loaded and he plays the lead guitars, bass guitars, & all the instrumentals...and everything else you hear here except all the vocals, which I do, and me playin' my all maple, Hummingbird. ;O

Kevin is, as you can imagine, a fairly busy producer/guitarist and is called out on the road quite often...more on his esteemed music pedigree can be found at: www.squirrelmountain.co.uk. Kevin Armstrong: ex-Oval Music previous projects include artists like: Kevin Ayers, Keziah Jones, Corrine Bailey Rae, David Bowie, Sandy Shaw, Blair McKichan, etc. etc.

Be advised when listening to my profile tracks, though, that these are just rough demos - guide tracks really - not album ready by any standard but it should give a pretty accurate feel of my writing/rantings.

As I've mentioned my Broadcast Career, I suppose I should add my CV.

I broadcast under the UK alias: (MICHELE STEPHENS)

Sony Nominated, Michele Stephens is a broadcaster with a difference! Every programme that Michele has ever presented has become 1, in its time slot within the market, in less than 2 quarters. She’s about as naturally funny as they come, with a speed of wit that leaves most people standing. She’s just comedy through and through and her wicked no holds barred approach has won her many admirers.

After 10 successful years broadcasting in Arkansas, Kentucky, Illinois & Tennessee, Michele moved from the States to Britain 1988. She had first obtained consulting work with Radio Forth in Edinburgh. She later became one of Scotland’s leading radio presenters. After that she then moved on to national UK radio, at the now defunct Superstation in Manchester, followed by a commission to present the original “Quiet Storm” for Manchester's, hugely popular, number one rated, commercial station Piccadilly Key 103.

Michele’s charm, stand-up comedy routines and huge personality were then spotted and quickly snapped up by BBC Radio 5 and she became the First female presenter to host a National Radio Breakfast Show, alone, in the United Kingdom. She then increased the listening figures of her predecessor, Danny Baker, to four and a half million listeners! Various other positions followed…Breakfast on Essex FM, Breakfast for Viva Radio, deps with Jazz FM, and one-off commissions on Radio 4 & the BBC World Service.

Michele is a very clever writer and an Idea Queen as far as on and off air promotions are concerned. She has worked in every radio format – from Metal Rock to Gospel and All Talk to Most Music - in various markets over 20 years and she is capable of multi-tasking within a radio station and can self-op any digital or analogue desk and all associated software & equipment.

British Television also discovered Michele Stephens and she has presented two seasons of her own series, “Talking Dirty” on Granada TV. She’s been a weekly team captain on “Noddy Holder’s Electric Lady Land” and even starred alongside TV Glamour girl Jo Guest in a series called “Private Parts”. Michele then completed a ten-week series on Bravo’s ‘Late Lounge’ where she gave, dubious, sex tips in the guise of Savannah Horn Throttle-Bush. Other TV appearances include ITV’s “The Big E”, UK Living as well as numerous comedic cameo roles and more.

A mike & one lead for semi-acoustic guitar.