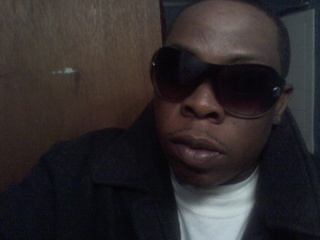 Im a educated expereinced artist from Jacksonville,NC. I've been doing this since 1998. I was originally apart of the Who Want It records in J-ville in 2001. Later I did a Merge with LAU,a group of 6Mc's from the same neighborhood in 2003-2004. I was also a part time member of the well know franchise called Battle Squad. Since the late 2005 I decided to go on my own, as a independent artist. I soon started a label called Black Page Entertainment. Since then it has been a series of success, accomplishments and a priceless education was priceless about the buisness of Hip Hop. As of now I still remain Black Page ent. My word play and ability to paint pictures through spoken word play has become phenominal. I confident and determine to break the barriers between realness and lyrisism VS the fake one hit wonder music that is been displayed today. Check me out also on myspace.com/blackpageent.

Mick Lawrence "The Marvelous" by Spencer Humphrey
NC’s Finest: Mick Lawrence “The Marvelous” Take the lyrics and stories of Nas, mix in the delivery and wit of Jay-Z, and add the swag of T.I and you have the flow of North Carolina’s own: Mick...
p
A
n
E
F
Song Title by Artist Name