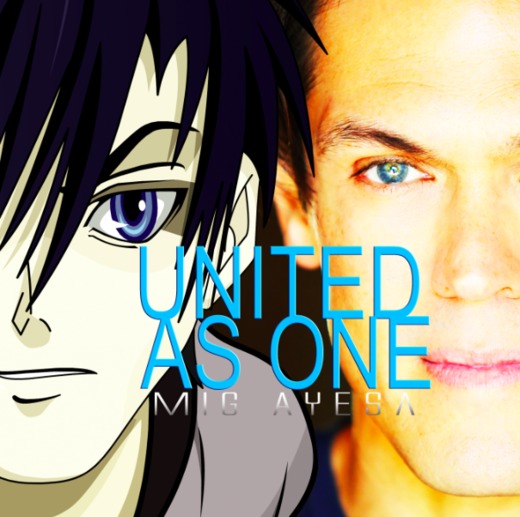 Being in the Final Three for ROCKSTAR:INXS is really not where the road started for MiG, but just the continuation of a career that started in Sydney, Australia. Having been in many bands throughout high school, MiG (aka Miguel Ayesa) started his professional performing career as an actor in a pilot for the TV series MISSION:TOP SECRET. His next job was to play ‘Ritchie Valens’ in BUDDY… THE BUDDY HOLLY STORY which took him not only all around Australia but to London where he performed at THE ROYAL VARIETY PERFORMANCE for Queen Elizabeth 2 and Prince Phillip, as well as entertaining Princess Diana and her two very young boy Princes. MiG continued a string of roles on many stage shows and tours, but it was when he moved back to London that things really started to take off. After a short stint in RENT, MiG was chosen to play ‘Galileo Figaro’ in Queen’s WE WILL ROCK YOU. However his talents caught the attention of the casting agent for a new CBS TV show that was looking for a new frontman for Aussie super group INXS. MiG was flown to Los Angeles where he fought it out with the other finalists to make it to the final, where he came in third in the world-wide competition. MiG was quickly signed by Decca/Universal Music Group and his self-titled debut CD was released in the USA, Canada, Australia, Phillippines and New Zealand in 2007. In the final months of 2007 MiG returned to the stage as ‘Galileo Figaro’ in the International Tour of WE WILL ROCK YOU, successfully completing runs in New Zealand, Korea, Singapore, Hong Kong, finishing in Bangkok with his debut CD being released in those respective countries. In 2008 MiG appeared in HANDEL’S MESSIAH ROCKS, which was released on CD/DVD fall of 2009, as well as airing as a PBS-TV special across the USA. In 2009 MiG launched the ‘call to arms’ Global Campaign UNITED AS ONE, helping raise awareness and desperately needed funds to the people of the Philippines affected by Typhoon Ondoy. In January 2010 MiG made his Broadway debut in BURN THE FLOOR, as well as in the months thereafter touring with the show to Australia, Japan, Korea, Canada, and USA. September 2010 MiG went on the road with ROCK OF AGES the US Tour, playing the role of ‘Stacee Jaxx’ for the musical tour across the country. March 2011 MiG returned to Broadway to reprise his role in ROCK OF AGES for the show’s reopening at the Helen Hayes Theatre. December 2011 MiG returned to London to reprise his role in THRILLER LIVE. In May 2012 MiG returned to the Philippines to reprise his role as 'Stacee Jaxx' in a completely sold out new production of ROCK OF AGES. December 2012 MiG prepares for his return to the stage reprising his role as 'Galileo Figaro' for the 2013 WE WILL ROCK YOU 10th ANNIVERSARY WORLD ARENA TOUR. MiG’s newly released album, ‘MORE THAN EVER’ is a culmination of years of determination and heralds the coming of age of this recording artist. For MiG’s full high res and downloadable Electronic Press Kit please visit the www.mig-music.com EPK page.

NZ PRODUCE by MTV New Zealand
42BELOW meets the Brat Agency, the resultThink Rockstar INXS; add a bit of Queen topped off with music legends Jeff Dawson and Mike Fraser. Then add a touch of NZ flavour, 42BELOW and the Brat...
ROCK N ROLL COCKTAIL by SCOOP INDEPENDENT NEWS
With the global music industry undergoing rapid changes, new strategies and partnerships are required to develop and promote artists and bands – once such partnership is that between The Brat...
p
A
n
E
F
Song Title by Artist Name