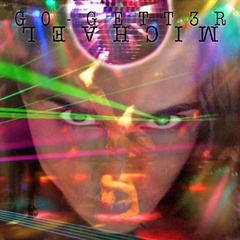 Michael is an American Recording Artist of Pop Music born and raised in NYC into a Latin American family. At 13 his love for music began and his strong need to express himself lead him to writing music by age 17. Eventually he began recording demos and soon after performing in venues such as NYC’s CBGB’s and Club Speed. In 2009 he independently released his first record, the “Go Getter EP”. Though often initially perceived as a Dance Act (due to the club play received) he is a Pop Artist with a unique and eclectic sense for Pop Music. In fact, his goal is to surface from the underground as a Prolific Recording Artist tapping into various sub-genres and sounds of Pop music. A concept already previewed on his “Go Getter EP” where he presents sounds of Pure and Smooth Pop/Rock perfected for Contemporary and Adult Contemporary Radio (“Someday”), Electronica coming straight out an Intense Rave (the title “Go Getter”), and an Alternative mid-tempo Pop Ballad daring to challenge any Film Soundtrack (“Forbidden”). Michael is multi-talented, and has even choreographed, and directed shows and videos for other artists as well. And his “Go Getter EP” (a taste of what will be his first full length album) is selling very well on iTunes and other digital stores. His new recent relationship with Conbeat Records may up that level of success! Look out for the album due out tentatively in the Winter of 2010!

DJ Crier praises Go Getter by
I loved it! 'Fire Starter!' It takes me right back to dance classes when I was in Liverpool studying at the Paul McCartney School.. we were dancing and I LOVE IT! Loved it, loved it loved it!" - DJ...
p
A
n
E
F
Song Title by Artist Name