The Adobe Flash Player is required to watch videos on this page
Print M.O.S.'s EPK 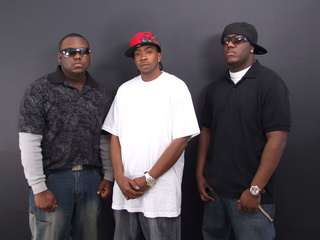 Looking for perfection, finding it and making it happen. Creating magic usually takes quite a bit of time but in the course of 2 months, M.O.S. evolved from 3 solo artists to a group that’s ready to take over the music scene. The M.O.S. acronym came from the names of the 3 members, M for Mo-Reece, O for Omar and S for Shim. On March 3, M.O.S. recorded their first song, titled “Dreamin,” which became an instant success. It was then that M.O.S. realized what chemistry they had. They followed “Dreamin” with “You Got Me,” which showed that they could take their music to another level. It was only when the group made their first original song, titled “Hard Times,” that the group realized their potential. Hard Times is an instant hit which speaks for itself. It touched on everything from growing up hard to losing loved ones but the universal message the video sent was that anyone and everyone goes through hard times. The group believes that the song will touch people of all ages and ethnicities. M.O.S. followed up with another original song, titled “Extasy” which showed the groups versatility and appeal towards the ladies. This is definitely a ladies song which is seductive yet romantic. With its sexual content and dynamic lyrics, “extasy” makes the ladies feel like their in a land of fantasy just like the drug. Each member’s style and swag is different in its own way as Mo-Reece delivers a smooth voice whose influences are Teddy Pendergrass, Stevie Wonder, and Carl Thomas. He hopes to bring the ladies to his feet every time he’s on a track. O has a unique flow with witty rhymes which always leaves you wanting more. O’s influences are Bob Marley, Rakim, 2-Pac, Kool G. Rap and much more. Shim delivers the opposite of O with a quick and fast style which is clear and brings out the emotion he writes with. Shim’s influences are Mase, Jadakiss, Big L, 2-Pac and much more. The group is a force to be reckoned with because of its undeniable music and the strong messages they send across in their songs. M.O.S. is definitely a group on the rise, looking to break the mold of traditional groups. With 2 rappers and 1 singer their very unique style separates M.O.S. from the rest.