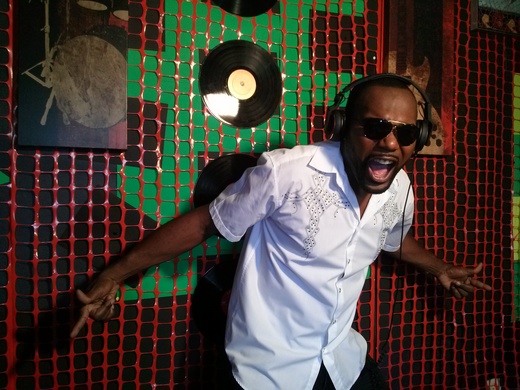 Who is Tennyson? If you look at some of the great singers today like Celine Dion, Josh Groban, Adele, and John Legend, you will see that they all had something special about them that set them apart and caught the attention of those who were in the range of their influence. When you experience what Tennyson has to offer you can easily place him in that category. I am not going off of just personal taste or opinion, but off of the reactions and words of the many people and fans we have encountered over the years of performing! Just recently Tennyson auditioned for the Voice and out of thousands of people he was selected to go to the 2nd round. The judges' eyes popped open when he started singing acapella "Give Me One Reason" by Tracy Chapman. Then, sung "Diamond" by Rihanna on the next round having a chance to advance to the Blind Audition on TV, but backed down from the competition. Reason being he didn't want to fully enter a competition in which he wasn't interested in the prize of signing to a major record label. His goal has always been to be an independent artist to always have total control of his music. That explains why many years ago he turned down an opportunity with Sony Records and Columbia Records. Of course, everyone thought he was crazy, but Tennyson sticks to his standards and will never compromise his musical and creative freedom for money or fame.

FREE DOWNLOAD !!! by New song "Never Again"
Download his new song "Never Again" for free at his website tennysonmusic.com. No strings attached. Will be available for a limited time only.
Big event sponsored by 3 FM radio stations by At Treasure Coast Square Mall
After being announced by name on The Breeze 93.7 FM, 94.7 Hot Country FM, and 99.7 Jack FM, Tennyson amazed hundreds of shoppers at Treasure Coast Square Mall in Jensen Beach, Florida. His...
p
A
n
E
F
Song Title by Artist Name