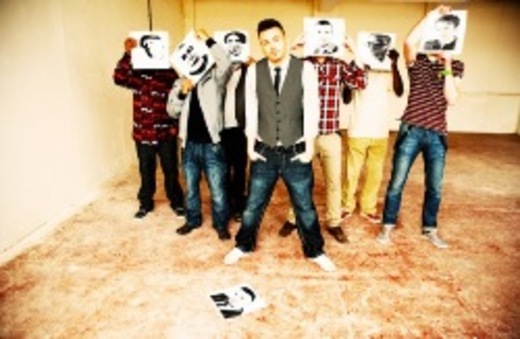 XOVA are multi-racial band, fusing their Pop/rock-reggae base with the breadth of the modern world, ska, dubstep, blues, Motown and folk, infused with protest and pain, but also hope.
The band have had headline and festival dates including some prestigious support slots with legendary bands like The Skatellites, The Spin Doctors, The Selector, and also confirmed their own dates in between. They support "The Beat" at the ROBIN 2 in Bilston - 16th Nov 2013, and they are now working on a collaboration track for release in 2013.
NBC TV New York, flew in to film lead vocalist Wayne about his songwriting talents in December 2012, to feature XOVA on the "Jimmy Lloyd Singer Songrwiters showcase" which started airing April 27th 2013 on NBC and most USA networks, so 2013 sees them heading off to the USA.
They won a place at the massive "ISLE of WIGHT Festival" 2013 as one of the best of 2700 unsigned bands in the UK who entered.
The band have also just completed filming a movie based on the infamous NO: 11 Bus route and the many musical influences that have inspired the band along the route. The film features cameos from the likes of UB40, THE BEAT, WONDERSTUFF, FUZZBOX, MUSICAL YOUTH and many more, this will be released early in 2013 and accompanied by 11 webisodes on the bands website.
The latest EP release "THE SOHO RD SESSIONS" came out on Itunes late 2012 and has the lead track of "9 LIVES" which is accompanied by a quality video directed by Alex Kyrou (Tim Burtons asst) this has helped get the band NATIONAL UK RADIO airplay on BBC 2 (Alex Lester) and BBC 6 (Tom Robinson), where Tom commented "This Is one of the tightest bands I have heard in a very Long time".
Regional Radios such as BBC WM INTRODUCING announced them as (BEING ON THE CUSP OF BREAKING THRU in 2013), Q RADIO, SCRATCH Radio, and many others now coming on board to support, including some great press from the likes of "ECHOES MUSIC MAGAZINE" The U.Ks Essential Black music monthly, who rave about the band.
We have released a New single called "LITTLE LION" available to purchase on iTunes, in aid of the "Crohns and Colitis UK Charity".
Debut album "Synchronise Your Leaders" is due to be released Soon.