The Adobe Flash Player is required to watch videos on this page
Print Mr. Everything's EPK 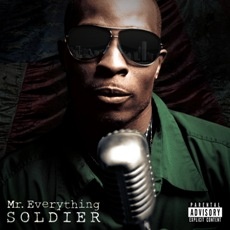 A year has past since we started Same Mind Entertainment and we have seen and done a lot, now it is time to move even further forward. Thanks be to God we have made it thus far. New music to come soon. I am currently working on a project with Indiana Jonez. Be sure to follow me on Twitter, MySpace and Facebook. Have a listen and join the Fan Club if you like what you hear. God bless and stay blessed.

Opening for Young Jeezy by www.therecessiontour.com
Yours truly is opening for Young Jeezy, The Dream, Lil Boosie, and Ron Browz on THE RECESSION TOUR!!April 12, 2009Murat Centre502 N New Jersey St.Indianapolis, IN 46204Get your tickets at ...
LAX Tour Coming to Fort Wayne by Same Mind Entertainment
Head to Piere's on Thursday, March 26 2009 to catch the LAX Tour featuring the Game and NIpsy Hussle. Mr. Everything will be opening. Tickets are still on sale but going fast!! You can get them...
Scarface and Mr. Everything by Same Mind Entertainment
Saturday, April 18 Mr. Everything will be opening for Scarface, a true rap legend. Also expected to appear is DTP Recording Artist Chingy....Tickets are on sale for $20 at either Club NV or Jacks...
p
A
n
E
F
Song Title by Artist Name