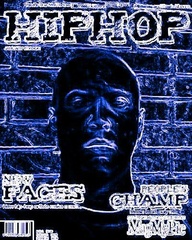 Whats good this is Infamous 3o4. I also go by the names Predator South and Draztik. I been rappin for seven years, doing mixtapes, been president of an indie label, and now I work solely on my own music. I started up my own indie label now in hopes to get it off the ground, but money always seems to be the one thing blocking me of this happening. I won't ever give up though, and I know my day is coming. Hit after hit, that's how I'm going to do it, not luck. It would be tight to win a contest, but that's all it is to me is a contest. A contest isn't my way out of doing it the right way. The hits will never stop comin and true fans always will be there for me. Hip Hop is my skill, my job, and my favorite hobby as well. Enjoy what's to come, CEO of Kilo-Charlie 8 Entertainment Bradley Pack

My newest work can always be found on..... by
MY NEW TUNES ARE AVAILABLE FOR PLAY AT www.myspace.com/officialinfamous3o4TRACKS UNAVAILABLE TO OURSTAGE, COMING SOON!
p
A
n
E
F
Song Title by Artist Name