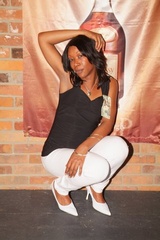 lolo is ready to shut the female game down by DETROIT'S FIRST LADY
LOLo has been ranked 230 out of over 28,500 unsigned artists. She has beat out a field of mostly men. Check out her hot new video right here called Step Back for a Minute!! She is the quadruple...
p
A
n
E
F
Song Title by Artist Name