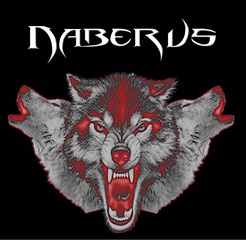 In early 2007 the Australian metal band Naberus Burst onto the Melbourne Scene, Lokstok and Ralphy playing away on there shiny axes, Jordy blistering his already bruised up fingers, Van Twest Beating the living crap out of a series of round objects with over sized chop sticks, Whilst Ama yelled at people. After a Few gigs Lokstok left due to personal differences, Ama then picked up the guitar, and Damien(RECTOS DOMINOS) brought his powerful lungs of devastation into the band. What does 2008 hold for Naberus? Well for one a new bass player, Unfortunately due to conflicting schedules with work Jordy has left, which leaves the bass player slot open for now.