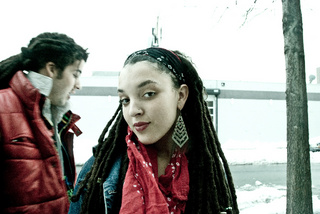 Naia’s music is a personal/political soul-trip, as grounded and articulate as it is emotive, ever powered by the guitar and voice of this blossoming young visionary. Her songs would fit right alongside a radio playlist of Adele’s "Chasing Pavements," Jason Mraz’s "I’m Yours” and John Legend’s "Ordinary People." She inspires with her words and brings the listener on an emotional journey. Listening to Naia or seeing her live you experience how her voice flows with a lyrical maturity and precision that conjures images of the great Lauryn Hill, Norah Jones, John Legend, Adele, or even soul diva Erykah Badu leaving the observer wide-eyed and ready for action.

Naia Kete is Subtly Sweet by Written by Erica Garvin
You don’t have to be saccharine to be sweet, is the lesson learned upon listening to Naia Kete’s song “Sweet Music”, which appears off of her newly released debut album sharing the song’s namesake....
Making It Here Teen Style by WGBY Springfield, MA
Naia Kete had the opportunity to perform 3 songs from her debut on album on the T.V. series "Making it Here: Teen Style." The shows original airdate was June 30th, 2008.
Local Songstress Naia Kete by Northampton Media
Home Grown Talent Naia Kete by
p
A
n
E
F
Song Title by Artist Name