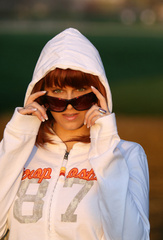 I am Canadian! Yeah, Canucklehead in the house. I’m a vocalist and songwriter. My music has been described as Pop/Blue-eyed Soul (tho my eyes are technically green)/Nu-R&B and I run my own publishing company, natfunk music (BMI). I love animals - cats in particular. Music is my reason for living. I studied Seth Riggs' renowned Speech Level Singing™ method for a couple of years with vocal instructor Dave Stroud in San Francisco. I once worked as a runner for a freight forwarding company at the Canadian border. My lowest low and highest high spans four and a half octaves. I am a reformed nail biter.

I currently call Maryland USA and Toronto CANADA "home"; although I really enjoyed the time I spent living in Northern California in the late 90's. My age is nobody's business. Right now I enjoy listening to Maroon 5, Alicia Keys, Rihanna, Adele, Citizen Cope and Chrisette Michele. Dark, fizzy drinks make me break out. When I was a kid I used to jump off of fences and try to fly, but now I just jump out of planes. I was diagnosed with Bi-Polar disorder, but I don’t take my meds anymore - and I’m doing just fine! I’m the one you’ll hear laughing out loud at the stupid jokes no one else gets at the movie theatre.

I've released 2 full-length original albums (‘LET THE CANDLE BURN’ and ‘RANDOM THOUGHTS’) and a bunch of singles you’ve probably heard in a movie or TV show somewhere. I’m very loyal to people I love. I was offered a deal by a major label to ‘battle’ Alicia Keys. I’m glad I didn’t. I try to live 9 lives simultaneously. I have the worst potty mouth you could ever imagine! I know flowers speak to us. I learned a lot about patience while building my studio (Studio 302) where my latest album was recorded. I have an eBay addiction and a fetish for exotic pens and markers.

Born in Canada, Natalie Brown's passion for music was nurtured from a young age by her involvement in theater, gospel music, creative writing and local session work as a vocalist and writer. Upon deciding to pursue a professional music career, she moved to California and was selected to sing with internationally acclaimed Gospel recording artist Ron Kenoly during his "Welcome Home" tour in 1996. She toured around the USA and upon returning to California, Natalie studied with world-renowned vocal instructors Seth Riggs (Stevie Wonder, Tevin Campbell, Deborah Cox) and Dave Stroud (Terry Ellis of En Vogue, Rosie Gaines).

Natalie's debut album was released in late 2000 and contained thirteen original songs. Created with a thoughtful range of subject matter, tempo and mood throughout the album, "Let The Candle Burn" was enthusiastically welcomed by fans and industry personnel alike. She painted an interesting tapestry of sound on an album that included carefree, upbeat tracks, mid-tempo chillout songs and sweet soulful ballads.

Natalie returned to the studio to record the 2003 Holiday album entitled "A Cool Christmas", a 10 song Cool R&B/Pop influenced collection of Holiday favorites. The album included the beloved "Have Yourself a Merry Little Christmas", the soaring chime of "Silver Bells" and the quietly understated "I'll Be Home For Christmas". Natalie pulled Ray Charles' "Christmas Time" out of the archives and gave it a light, airy spin that served the tune well. Up-tempo numbers included a Swing infused "Let It Snow" and a contemporary pairing of "Winter Wonderland" and "Sleigh Ride". A mellow-groove rendition of "Give Love on Christmas Day" rounded out the sure-to-please Holiday offering.

In the Spring of 2004 the digital singles 'I Wonder' and 'Queen of Me' were made available on Natalie's official site. The songs garnered tremendous attention and In July 2004, 'Queen of Me' was released by Avex, Inc. Japan on the "Soul Essentials 7" series with songs by Rahsaan Patterson, Earth, Wind & Fire and others.

Much to the delight of fans eagerly awaiting new material, January 30th, 2009 saw the release of the long awaited sophomore album "Random Thoughts". The album features a selection of songs with varying themes (Natalie's Random Thoughts) that range from the inspiring "Hold Your Head Up High", the girl power anthem "Queen of Me" and the uplifting "It's A Beautiful Day", to the thought provoking "What's Going on Next Door?", the unity rallying call of "Come Closer", the sultry "How I Love 2 Love U", the soulful "You're Mysterious" and signature love ballad "I Knew You Were The One", and more.

Natalie has actively been licensing her music for Film/TV and Commercial placements for the past 7 years. She's had music placed on every major North American cable network and premium television programs accross the globe. A partial listing of domestic placements can be found here.

SONGS and ALBUMS CAN BE PURCHASED AT: